From Mas d’Azil we headed east to the Mediterranean coast near the Spanish border.

Rather than retrace our steps and go north to pick up the main west-east autoroute which then branches to go south towards Perpignan and Spain we decided to go via the D117 which was portrayed on the map as a major connecting road. Big mistake! It was a beautiful route but by the time you go slowly through every single village etc and then end up in a stunning gorge and get the wing mirror taken out by one of the dreaded white panel vans cutting the corner on a narrow windy part, you start to think it was a mistake.

We managed to stop some distance further on and put the wing mirror back together enough so that it functioned and eventually arrived at our destination – a campground right on the coast just a few minutes north of the town of Callioure. the campground has its own private coves for swimming which I make good use of. There is also a coastal walkway to Callioure and to the village and resort areas further north as well. We discovered that the area to the north, around Argeles-sur-Mer is not particularly attractive being a low lying expansive beach with almost non-stop coastal holiday development.

Callioure, by contrast, is a very pretty town with a chateau right on the harbour which is much more low key than those on the Côte d’Azur but has its share of good restaurants. 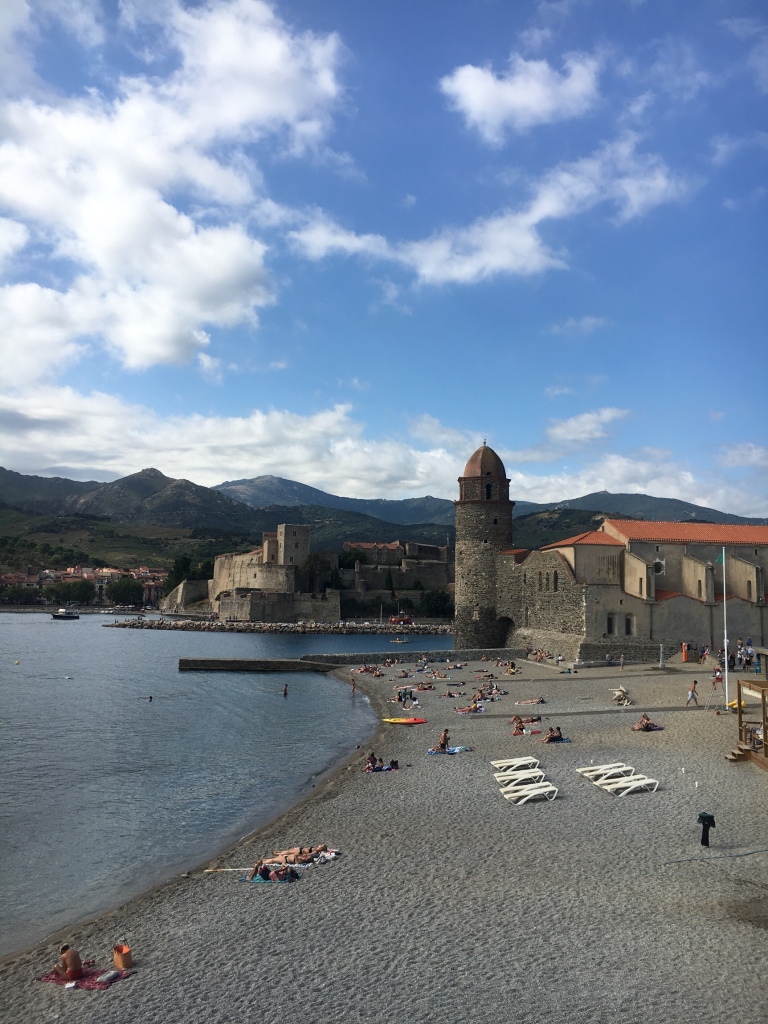 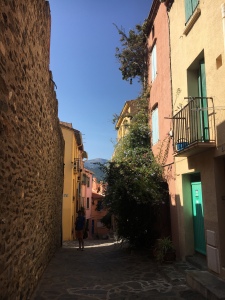 We visited Cadaques in Spain via the very windy coast road in Twiggy. It is a beautiful coastal town – quite different in character from just over the border in France with terracotta roofs and white painted buildings. 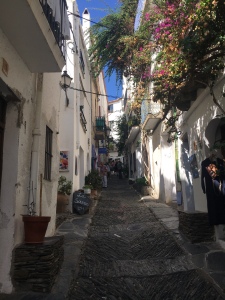 After an excellent lunch at Talla Restaurant we headed off to Figueres to visit the Salvador Dali theatre museum – built in an old theatre with many of the artworks created by Dali especially for the spaces in the old building. 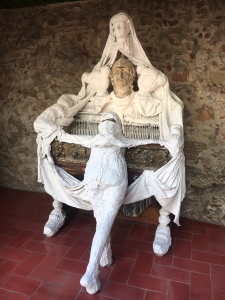 Many of his works are quite confronting or bizarre.