After a week in Kenmare we headed north to the Skerries for a night on the way to Northern Ireland. Some interesting stops on the way.

First was the Cahir Castle in the town of Cahir where by some fluke I managed to buy the perfect outfit for Sophie’s wedding in January – the only time I had tried to look for something and we just happened to park outside the shop when we stopped for coffee.

Next stop was the famous Rock of Cashel with the buildings dating from the 12th and 13th centuries although the history of the site goes back several centuries before that. 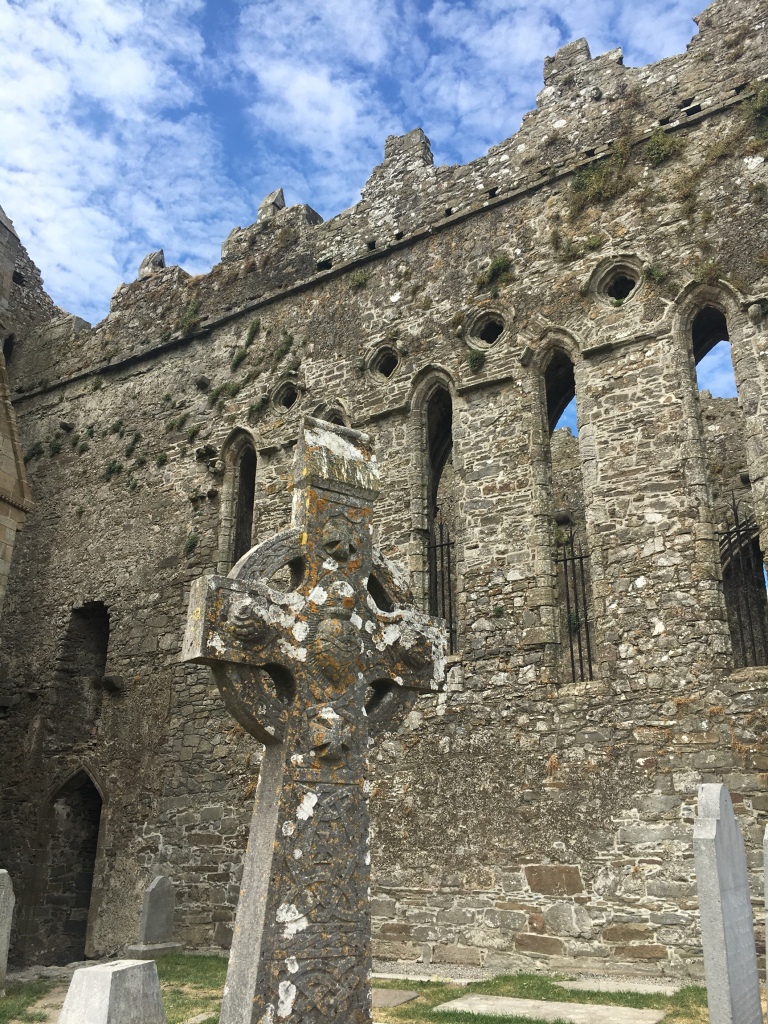 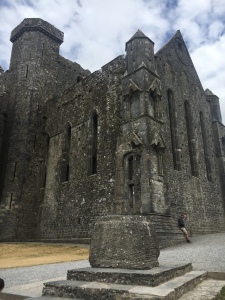 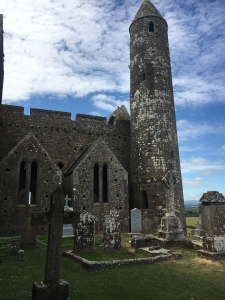 On our way north from the Skerries we visited the ancient passage tomb of Newgrange in the Boyne Valley which is a 5000 year old structure designed and built to channel the sun at the winter solistice to deep inside the tomb to the burial chamber. We were able to walk in – the structure is an amazing feat of engineering given its age. It is constructed entirely of stones which overlap to form a dome which was then covered in earth and was found with the inside intact. 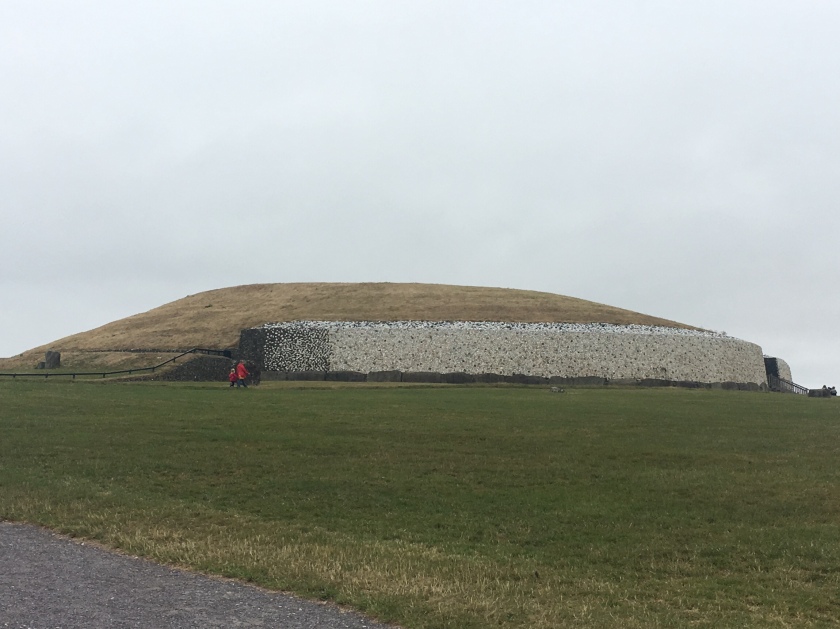 We arrived at our destination in Northern Ireland, Portstewart, late on Sunday afternoon only to face a 2 km traffic jam approaching and through the town – the downside of travelling during the peak holiday period. We were not too impressed with Portstewart itself but it was a great place to base ourselves and explore the north. An added bonus was the B&B we stayed at which was right on the waterfront and out of the main town but only a short walk along the coastal path.

The next day was our first wet day in 3 weeks so a good day to explore London (Derry) and learn about the turbulent history of the area. There was a fabulous museum there where we learned about the plantation of Londonderry starting in the 1600’s where English citizens were brought over and “planted” in the area to dilute the Irish Catholic influence. This sowed the seeds for the conflict that dominated the area up until recent times. It was particularly sobering to learn about The Troubles from the late 1960’s, including Bloody Sunday where innocent civilians were shot dead by English paratroopers. We walked over to Bogside (in the rain) where it all happened – the street murals on the buildings there were a poignant reminder of what happened and the tensions that still exist. 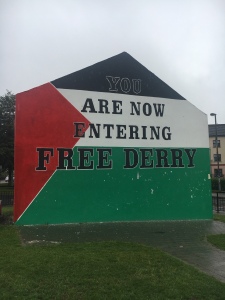 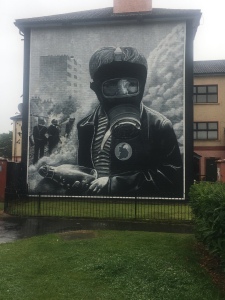 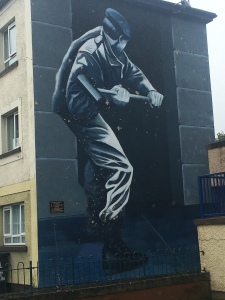 Riots occurred in Derry several nights in a row the week before we visited so the tensions are still there.

You could see the burnt areas where cars had been set alight.

We found the coast of Northern Ireland very striking.

There is a walkway, mostly on the cliff edge, all the way from Portstewart to Ballycastle.

We visited the Carrick- A – Rede rope bridge but found it very busy with tourists and not as dramatic as expected. 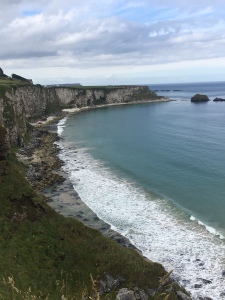 walked on the coastal track from Dunseverick to Ballintoy Harbour – used in the Game of Thrones.

But the highlight was the walk from the Giant’s Staircase along to Dunseverick.

The Staircase itself was interesting geologically but not as dramatic as expected and very crowded with tourists. The walk from there along the coast was, however, spectacular. 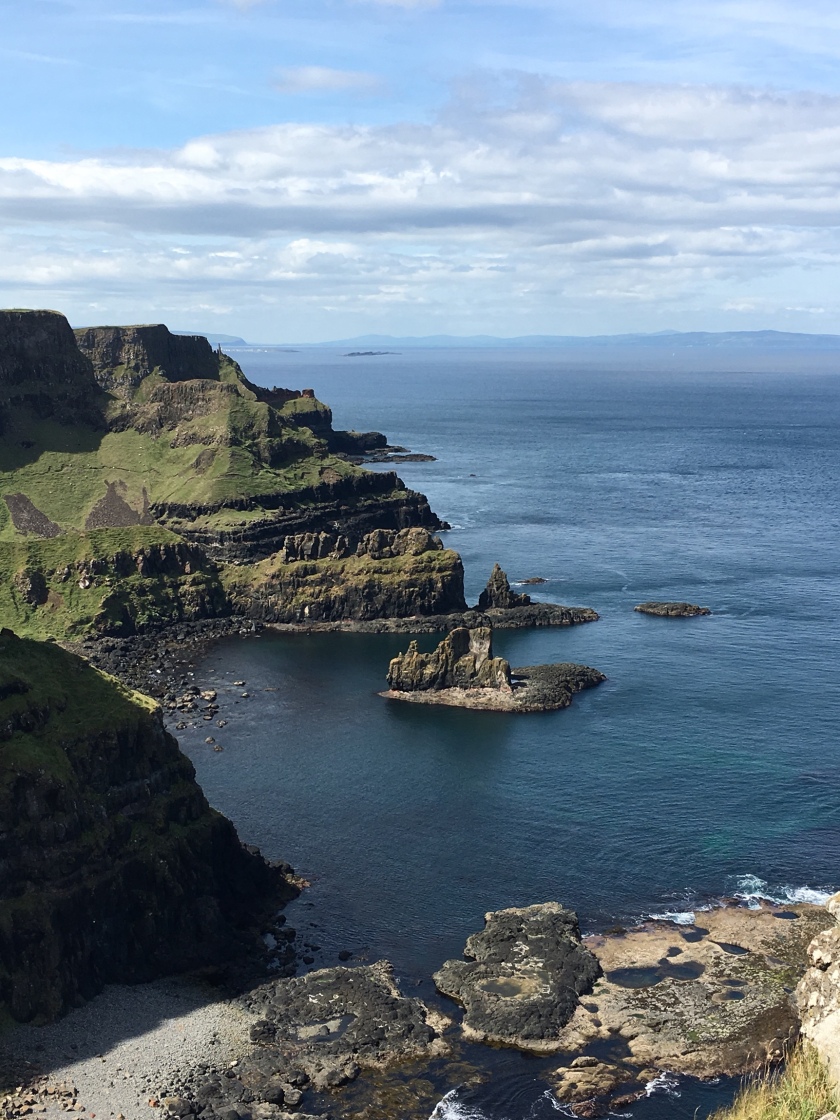 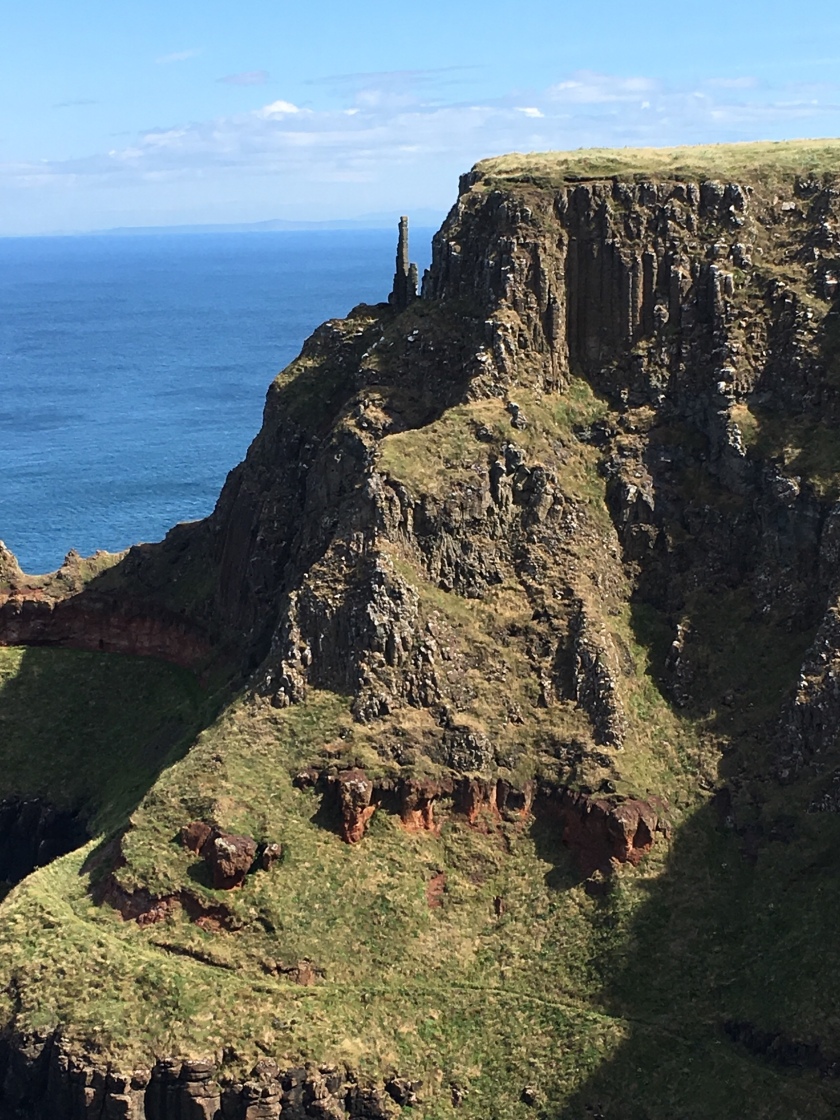 It would rank as the best coastal hike we have done- Richard did well as it was about 3 hours – not much steep stuff but by far the longest hike he has done.

After three and half weeks of enjoying Ireland and wonderful weather it was time to part company with the Cullens and head to Scotland. Next stop – west of Scotland.