Our next stop was near the capital of Sardinia, Cagliari. The nearest campground was about 25 km east. Once we were off the main highway the traffic was terrible and made us realise how scary it can be to drive in Italy, getting worse the further south we go. The accident rate must be horrendous. We have driven long distances in a large number of European countries and Italy is definitely the worst. Overtaking on blind corners is the norm here and courteous drivers are few and far between. We have seen lots of near misses. On Sardinia there are lots of rural areas with straight roads which have a 50km/hr speed limit which is crazy -I think the average speed in these areas is more like 80-100 km/hr. Speed limits don’t mean anything. A Swiss couple we met who have a holiday house also said that there are no checks on drink driving either because the local police do it too!!

We stayed in Cagliari 2 nights – enough time to visit Cagliari one evening and wander around the old town, visit the beaches to the east and to visit Su Nuraxi, over an hour’s drive to the north.

Cagliari was not as good as the guide book made out but we did have a good simple dinner there. Richard opted for the roast suckling pig while I thought I would try yet another Sardinian speciality – a pasta stuffed with sheep’s cheese served in a sage, saffron and butter sauce – delicious! 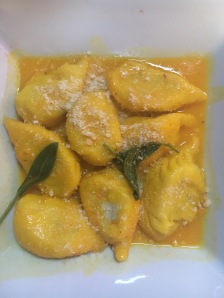 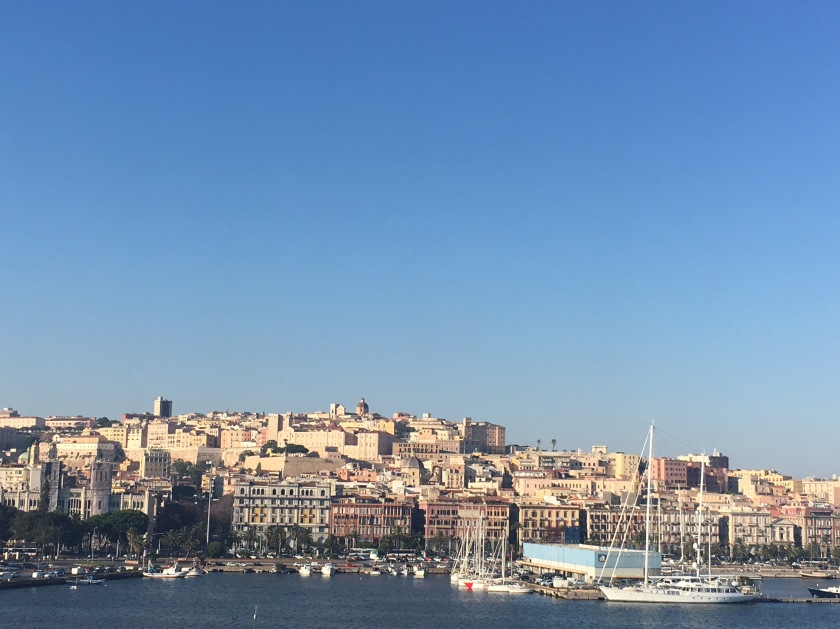 The next morning we headed off early to beat the heat and visit Su Nuraxi which is regarded as the best of the 1000’s of nuraghe sites which are unique to Sardinia. The site dates from 1500 BC -so 3500 years old! The visit is with a guide only. The site was only discovered in the 1950’s when a major storm washed a lot of soil away that had built up over 1000’s of years. The site is large with most of the original towers and the bases of the dwellings intact – so you could wind your way through the narrow passage ways and up the original stairs. As this was built in the Middle Bronze Age, there was no mortar to hold the stones together. The design was very clever for that Age with multi-storey towers built with vaulted roofs that then formed the floor of the storey above. 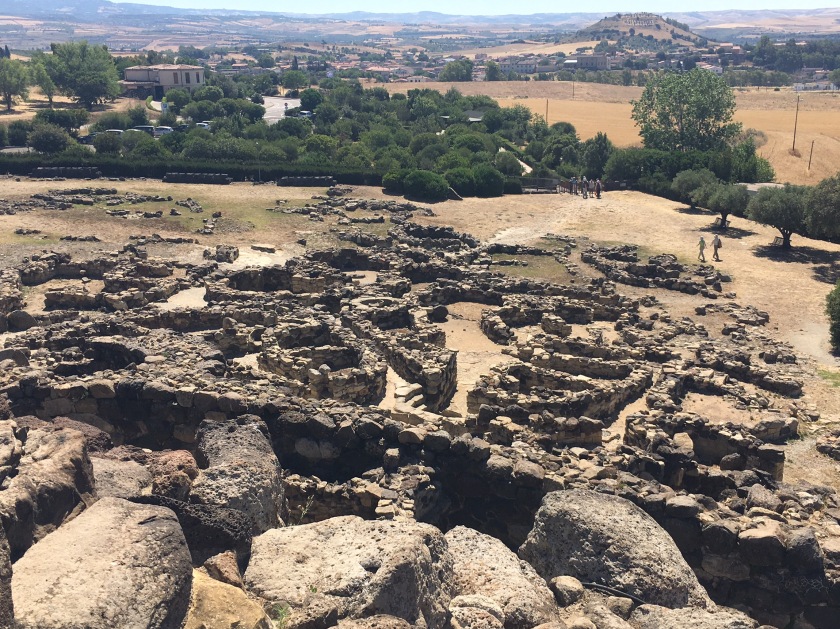 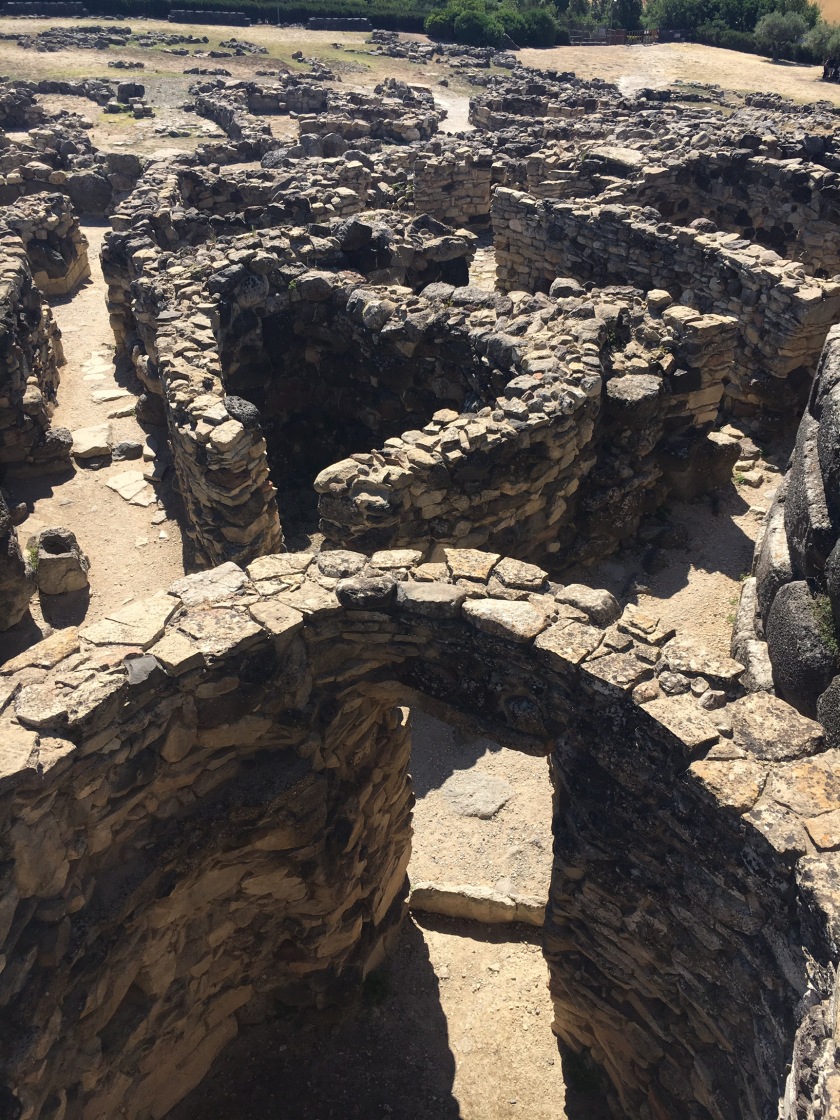 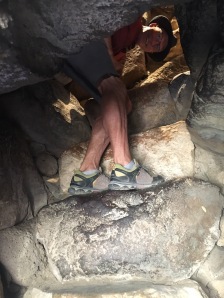 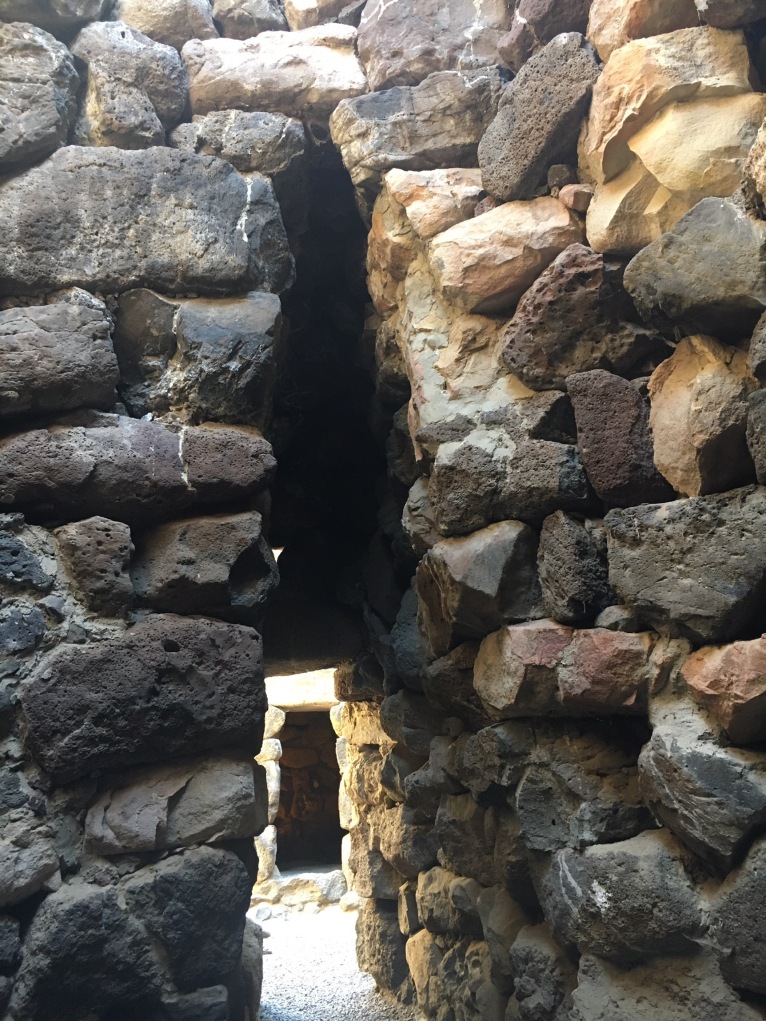 We were really impressed by the site and the level of sophistication in the design of the towers from 3500 years ago.

One thing we have noticed about most of Sardinia is how arid it is – apparently there had not been any rain for 3 months in Cagliari and with summer starting there is unlikely to be any more for months. Apparently most of the water for agriculture comes from underground rivers. The south western part of the island is not nearly as attractive as the north east except for some beautiful beaches in the south east.

The last day we went out to Villasimius and the Capo Cabonara. Lots of beautiful beaches. 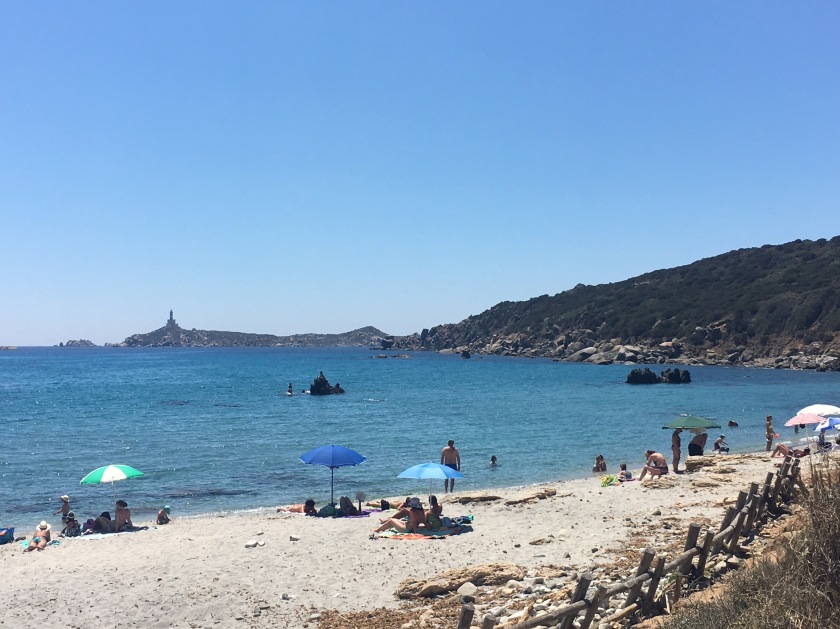 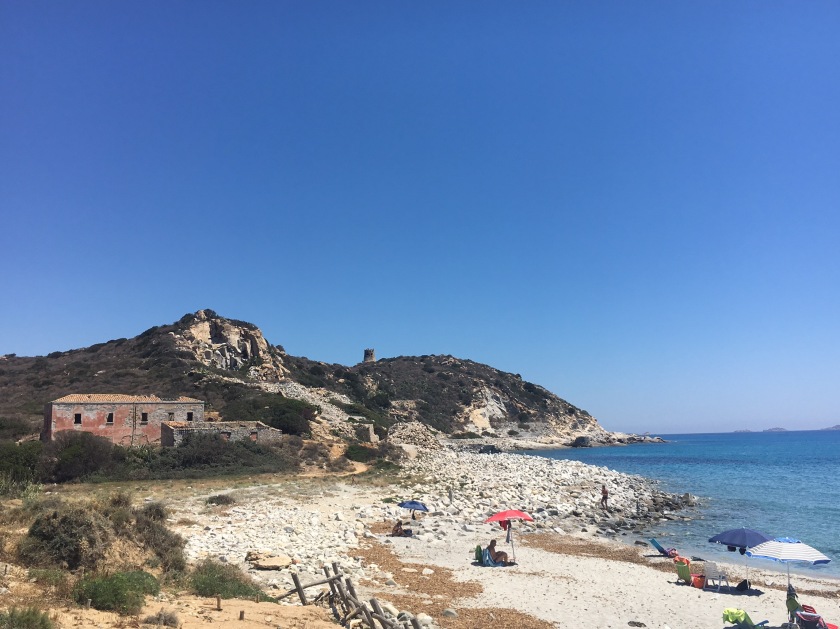 Then it was time to head for the car ferry -and a nasty surprise awaited Richard. Even though we had supplied details of our length plus the trailer the deckhands started off by wanting us to go up a narrow ramp to the upper deck. No way, we said. We are too high and too wide. So then they decided we were like a truck which was fine until we saw massive trucks having to back right back into the bowels of the boat. Richard had been so sure a large car ferry like this one would be a drive on – drive off type. Well he was so wrong! He ended up having to drive on, do a tight U turn then back into a space in the middle of the ferry. It didn’t help that the deckhand didn’t speak a word of English and was trying to give Richard confusing directions about where to go. Then he lost the plot and did a very Italian gesture of “What the …!” – all while I was trying to give Richard calm directions according to the system that we have worked out while avoiding huge trucks reversing alongside me.  Probably our most stressful time with the van so far!! We got there in the end. Can’t say we are impressed by Tirrenia Ferries at all – the ferry was an old tub with delusions of grandeur and the food was inedible. By contrast our overnight trip from Denmark to Norway last year was a delight.