Our next stop was a campground a few kilometres north of Alghero overlooking a large lagoon and just across the road from the beach that extends all the way to Alghero. The sea is a lovely temperature for swimming so it has become a daily ritual for me – a relief in these 30 degree plus temperatures.

Our first side trip in the area was to Neptune’s Grotto at Capo Caccia not far to the northwest  of Alghero, a network of caverns with a salt water pool in it refreshed at high tide or with big seas. We had to go down and back up 670 steps to get there. We were quite proud of the fact that we made it back to the top without a rest. In calm seas you can arrive by boat. What an amazing place at the base of towering limestone cliffs! Richard, who used to go caving for fun in his younger days, ranks it as the best he has seen. 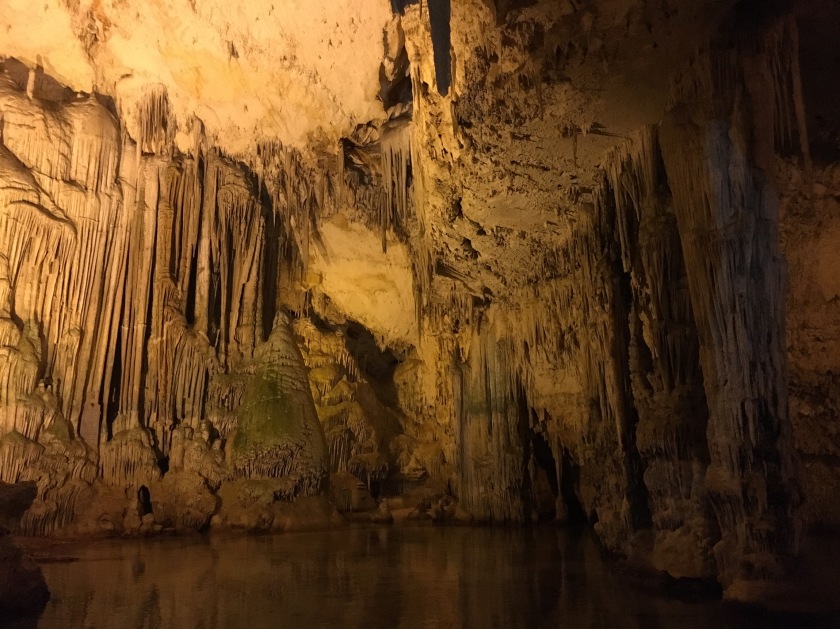 You can see the scale by looking at the walkway on the right.

Stintino Beach to the north of Alghero is regarded as one of the most beautiful beaches in Europe – or it would be if you could see it under all the people and umbrellas. There is no denying the beautiful turquoise water though. 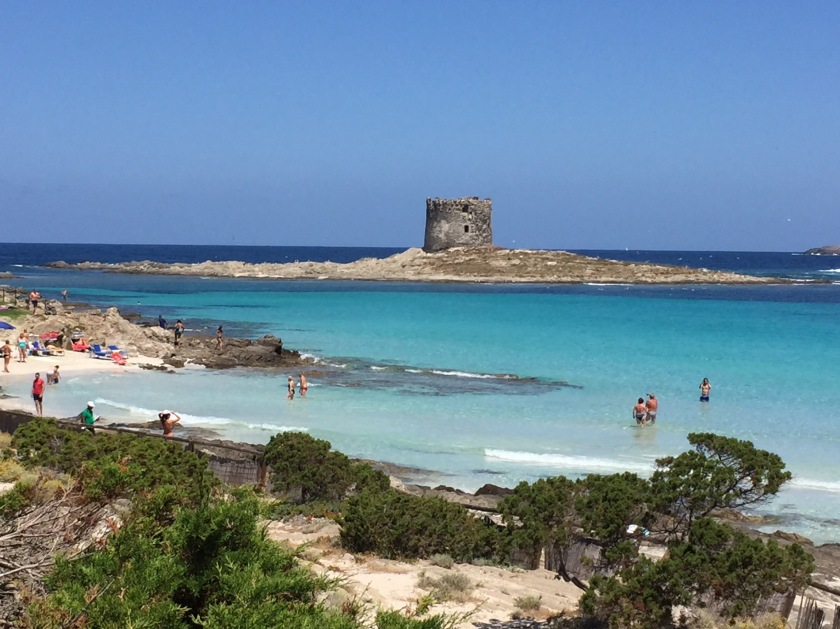 Alghero itself has a lovely old town. We had an excellent seafood meal one night. The western coast is known for its seafood while the east coast and inland are more meat focussed. One of the world car rally championships was being held nearby with the finish line in town – all the cars had to do a lap through the old town afterwards. Traffic wardens would blow a whistle and everyone had to get out of the way into shop doorways as the cars came down narrow streets which are normally pedestrian only. 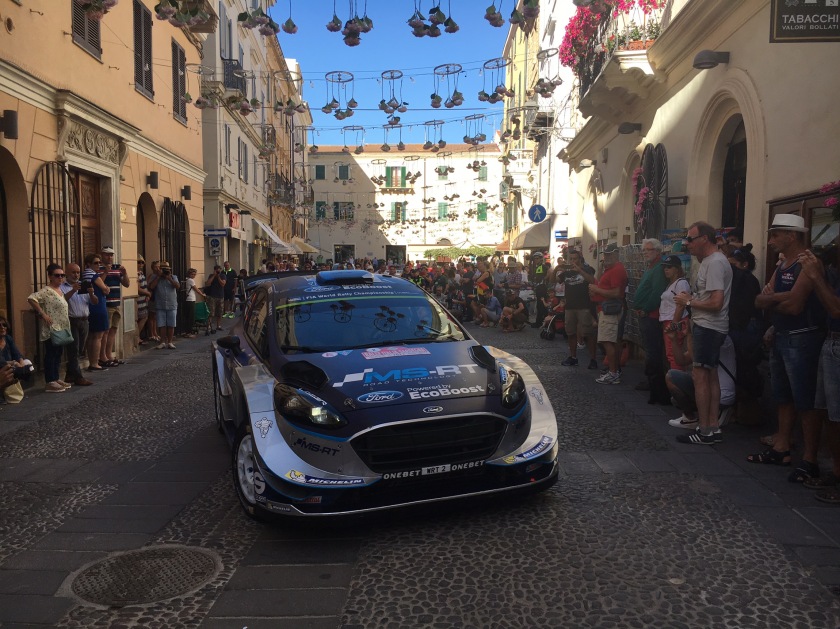 We came across this police car which looked for real – all the comm gear inside. Can’t imagine the motorway police in NZ getting a Lamborghini but I guess they have to be fast to catch speeding drivers here.

As part of the celebrations we came across different dance groups representing different regions of Sardinia performing to live music in various squares in the town. We felt very lucky to have been in town when all this was happening. 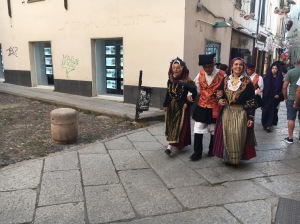 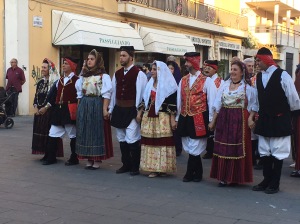 We loved this reed pipe. Incredible what this guy was playing.

We moved on from Alghero to a campsite near the town of Bosa, further down the west coast. It was a beautiful drive with incredible views along the coast. 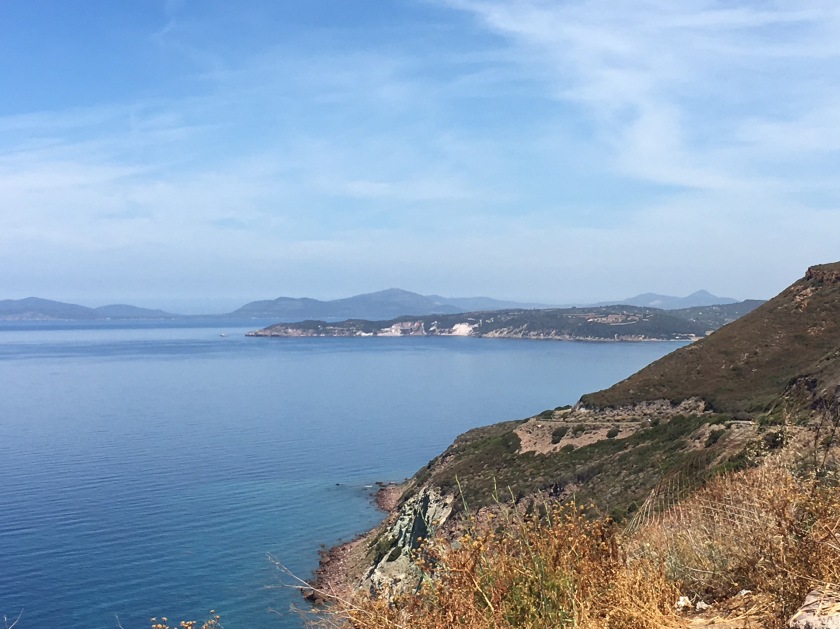 The campground location was also stunning and we scored a pitch by the water but the facilities were basic to say the least. Richard opted for a shower in the van that night.

We had heard that Bosa was worth a look- a pretty town beside a river with lots of pastel coloured houses stacked up a steep hill below the castle – but on reflection it was probably not worth a special stop.

Our next brief stop was near Oristano, further down the west coast, near the Punic and Roman ruins at Tharros. The site was quite impressive given that much of it is from a few centuries BC although nothing compares to Ephesus in Turkey. 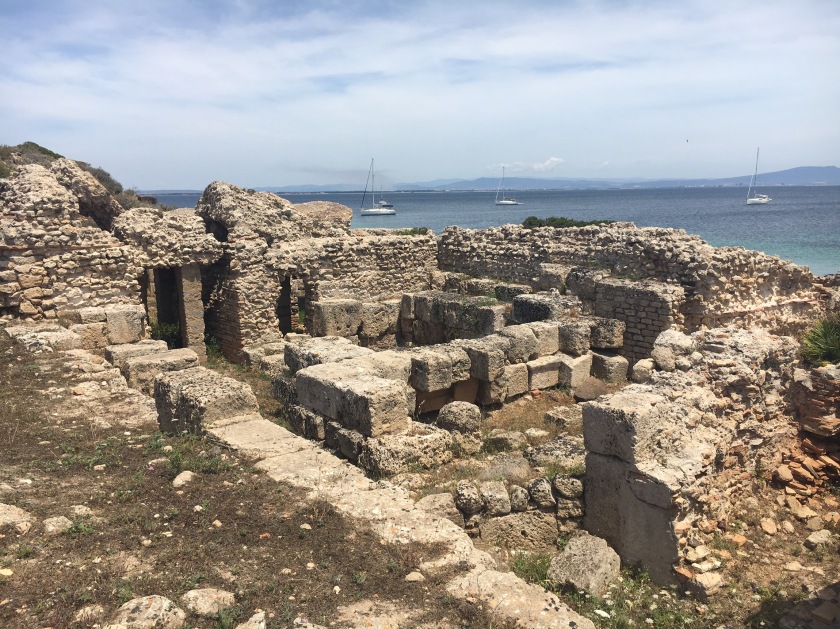 We were glad we were staying only one night though – the campground was really crowded, shower was cold and disco music from somewhere nearby kept us awake until 3 am. Richard took such a dislike to the campground we were up and ready to go by 8 am!