It was a toss between going to Bologna and Florence or going to Lake Garda in the east of the Lombardy region. Lake Garda won as we can go to Florence/Bologna on the way back north again. We left Lake Como by 7 am on Sunday morning as we knew there would be very few trucks on the road and it was early enough to avoid the tour buses on the narrow road beside the lake.

We had been given the name of a campground on the lake shore between Desenzano and Sirmione, the well known area on a narrow peninsula that juts out into the lake guarded by a classic fort. The campground was huge and set up as a holiday destination campground but the facilities were good and we managed to get a lakefront campsite again. 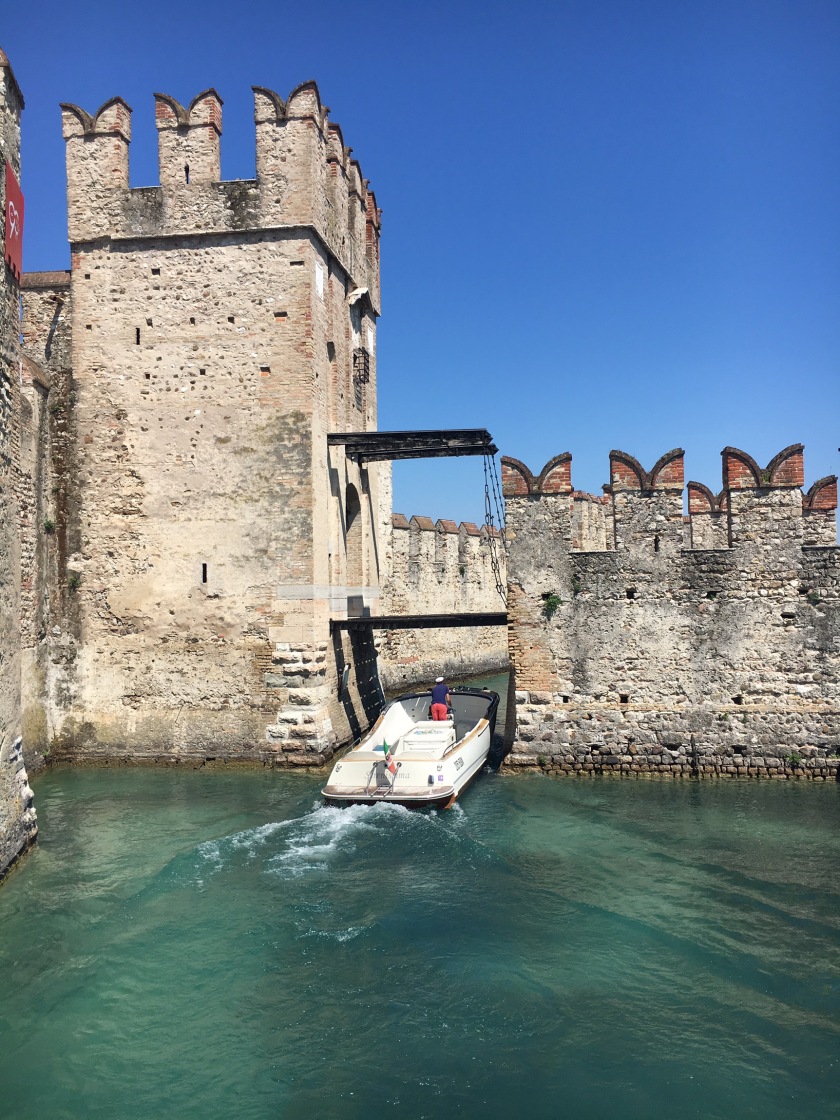 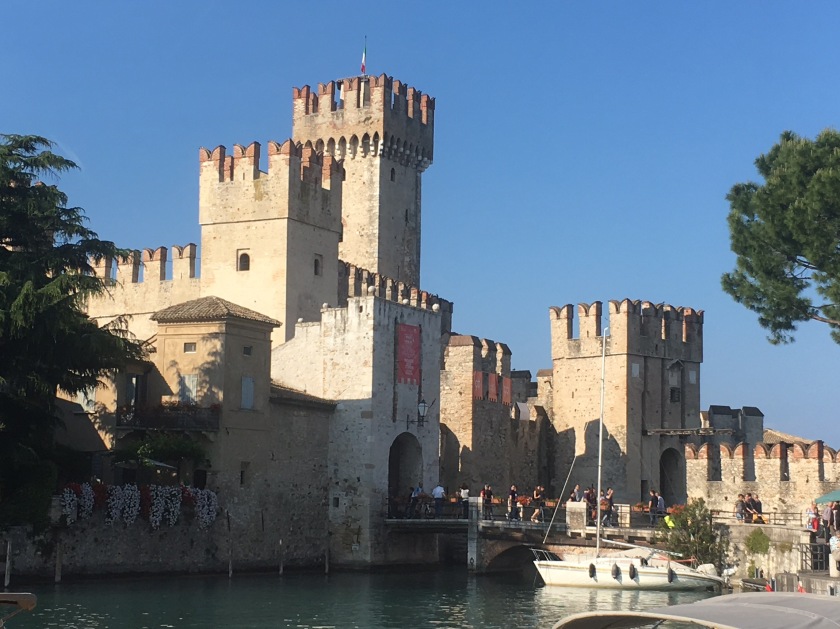 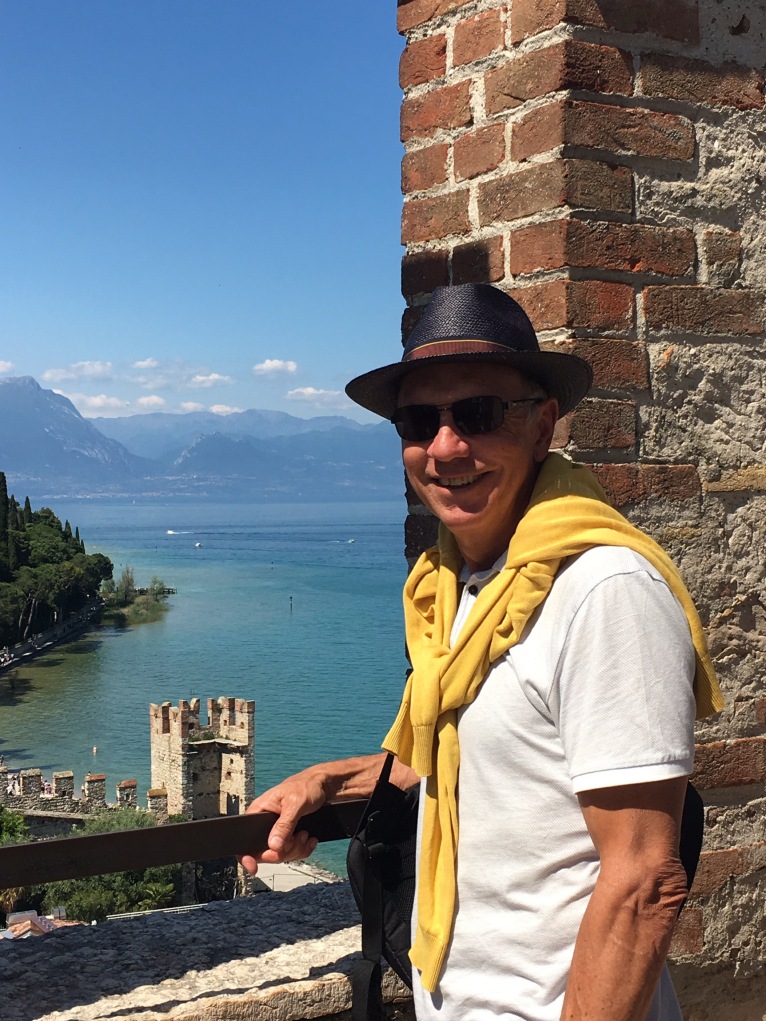 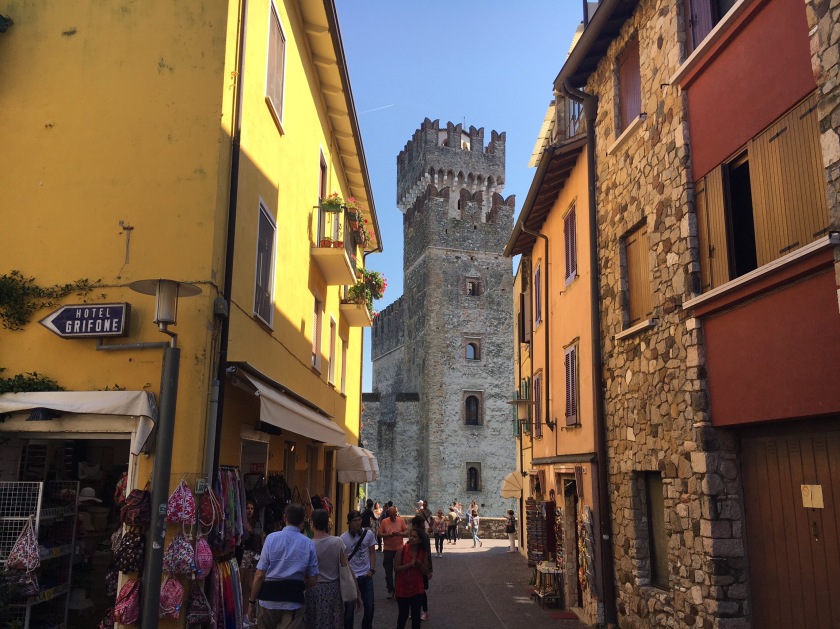 Lots of tourists especially as it was Sunday afternoon. We climbed to the top of the tower for a great view of the surrounding area.

Desenzano was a pleasant town fronting the lake. We visited the weekly market but found it dominated by cheap clothing – not much interesting in the way of food. 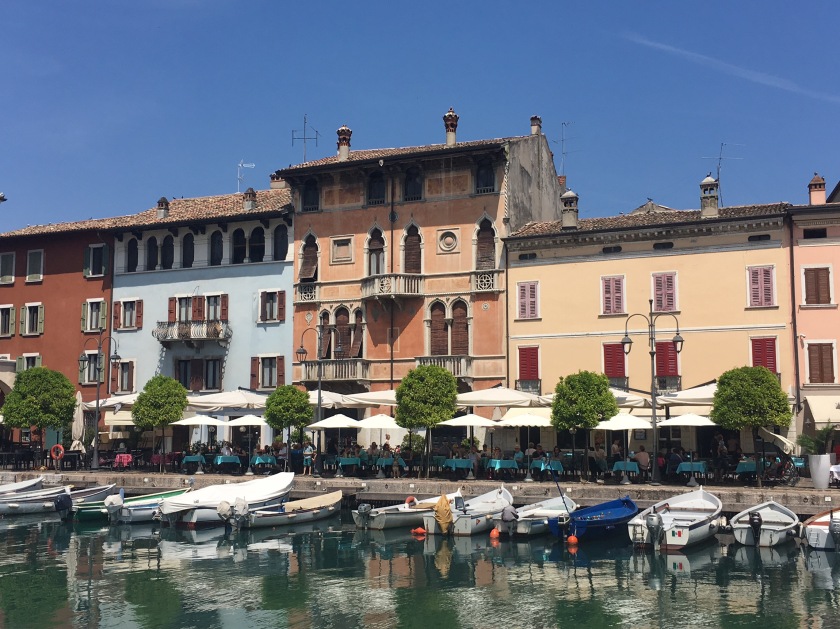 We also drove up the western side of the lake as far as Salo and Gargnano which is touted as being the prettiest village on the lake.The drive out was not at all scenic- industrial and other development all the way. Salo was good for a lunch stop with a lot of restaurants fronting the lake. Gargnano was OK but nothing like the villages on the other lakes. 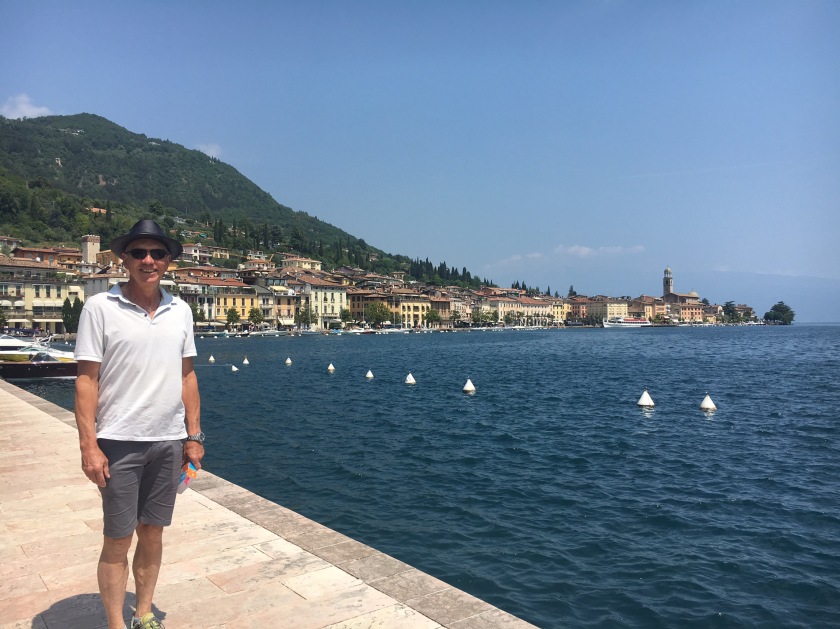 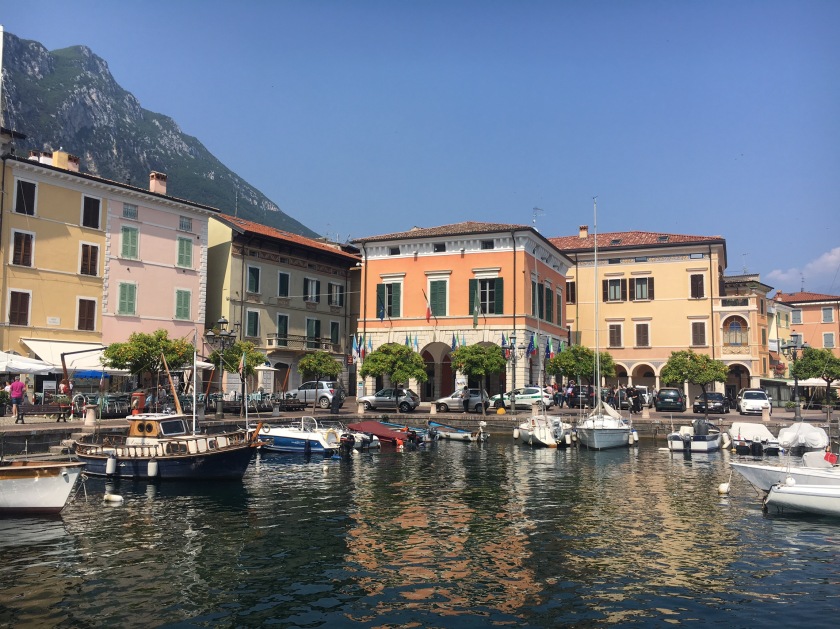 We did manage to find a good restaurant one night with a beautiful outlook onto the lake. 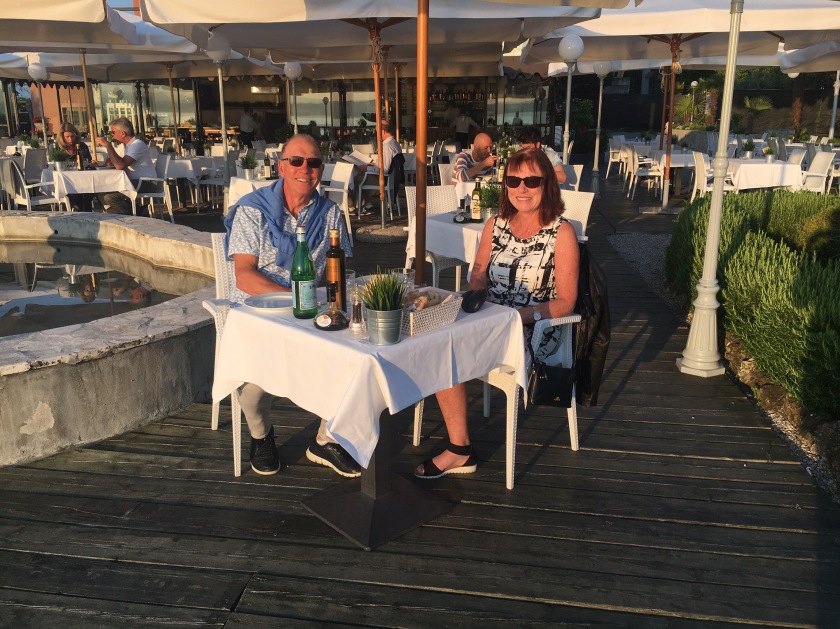 Overall we probably spent a couple of nights too many at Lake Garda – it didn’t have the interest for us that the other lakes had and it is much more developed. However, we were able to get up to date on some admin like servicing the trailer – it was no mean feat finding someone to do it. We toyed with playing golf one day but the temperatures were around 30 degrees plus by late afternoon. The weather has certainly changed from the cooler sometimes wet weather we had up until Lake Garda.

Next stop – on the coast near Viareggio (north west of Pisa) to meet up with Anna for a long weekend.