The striking thing about Sweden so far has been the gentle landscapes compared with Norway. Lots of forests and beautiful lakes but as we have moved south there has been more pastoral land with attractive villages and farm buildings. We decided we needed to have some time in one place and, after tossing up between Gotland, a large island south of Stockholm, and Lake Siljan, the latter won. Mainly because it involved less driving and no back tracking for us, as we had arranged to meet Anna in Stockholm the last weekend of August, a holiday weekend in the UK.

With a campground on the lakeshore, we ended up in Leksand. Lake Siljan is one of the largest lakes in Sweden. Even though the campground stays open year round, by the time we left after 7 days we almost had the place to ourselves. It is incredible how everything starts closing down in Sweden as soon as the school holidays finish. The large amusement park near the campground closed for the season soon after we arrived. It must only be open a few months of the year. 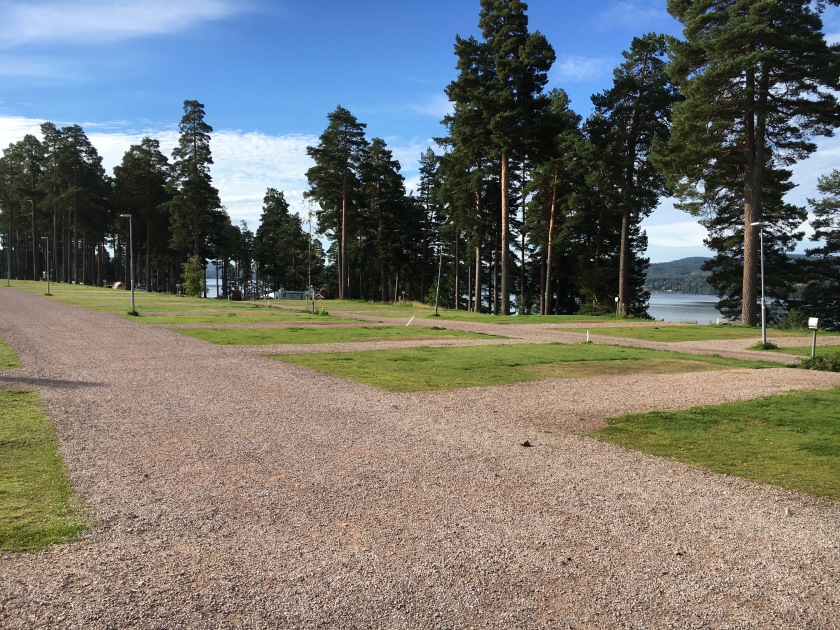 Our van is in the background.

It was great to stop for a while, have time for some golf and some walks/hikes in the area. The weather cooperated most of the time too. We found a collections of steamboats on display at Leksand up to 150 years old. And a local band. 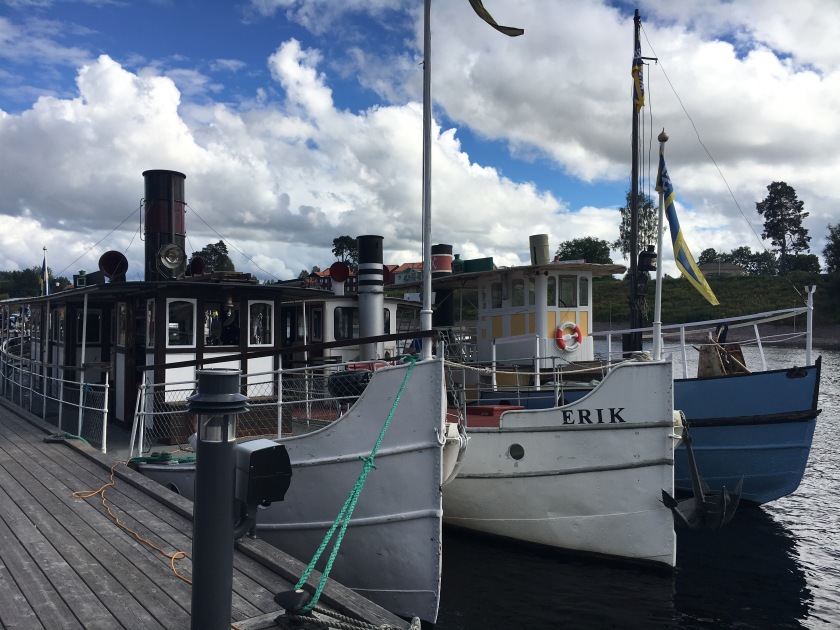 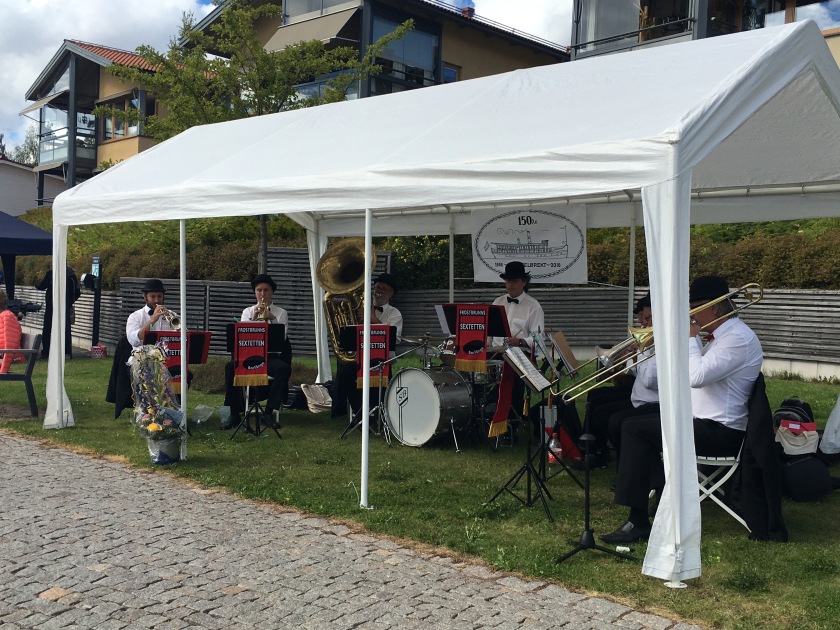 I found I could collect lots of berries from around the campsite. No need to buy blueberries or raspberries and the wild ones taste so much better. 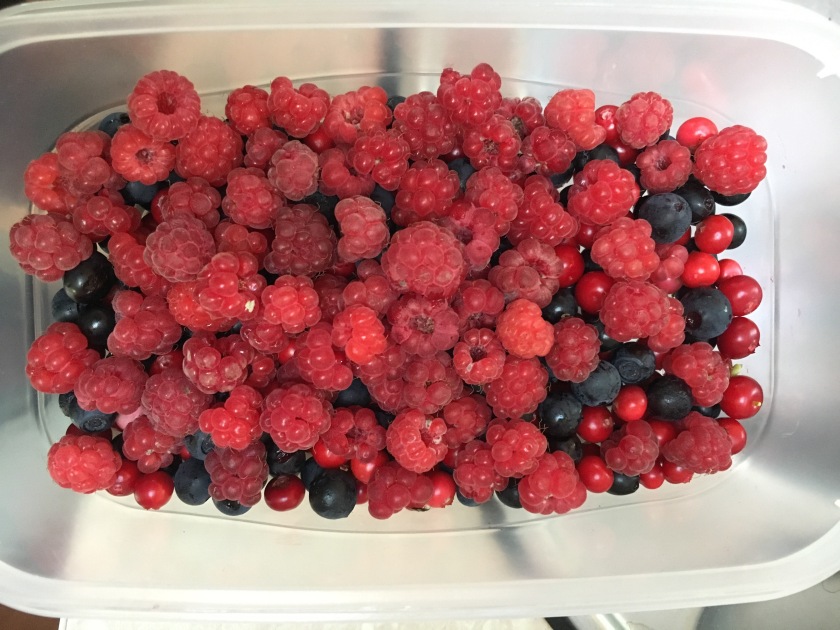 We did a day trip to the north of Lake Siljan and visited the Orsa predator park. I am not a fan of zoos but the park has the animals in large natural areas and it was a chance to see the local wild mammals. Some like wolves we did not see as the areas they were in were so large they could keep well away. But the bears were interesting – a very large one had obviously learnt that it was easier to go downhill backwards for a swim. 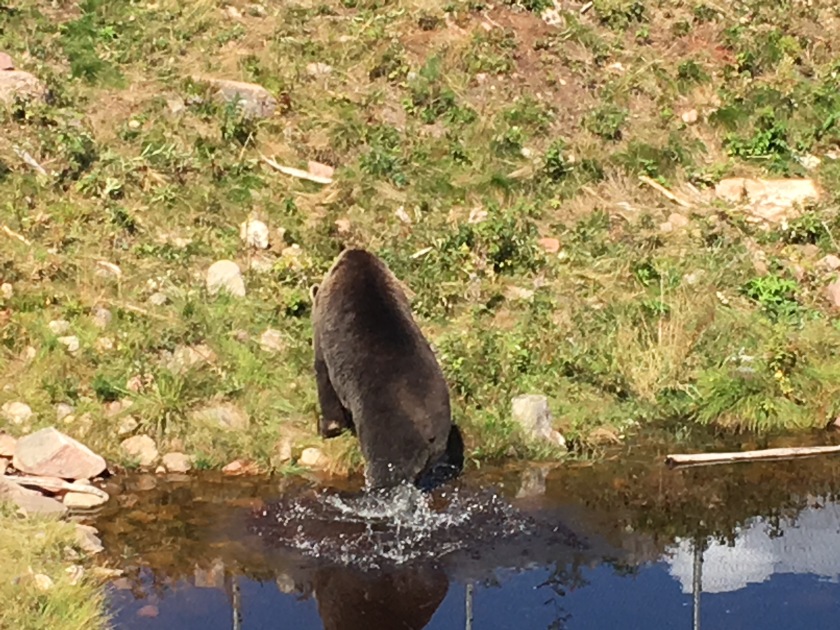 There are several very picturesque villages in the area- one of the reasons it is a popular holiday destination for the Swedes. 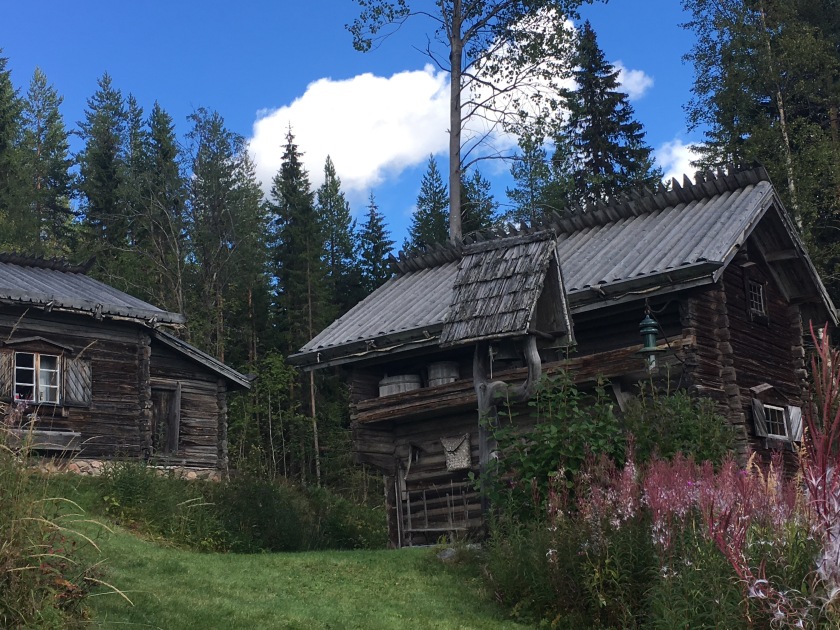 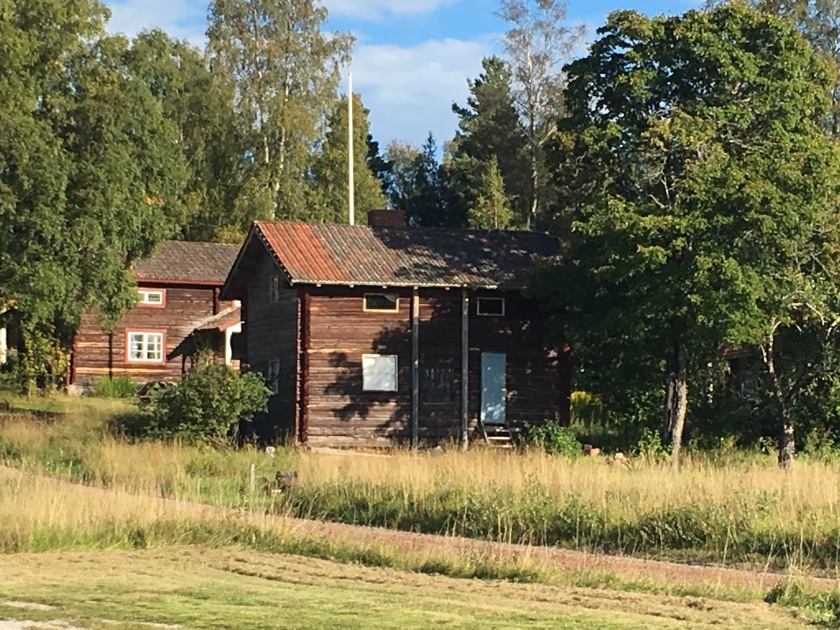 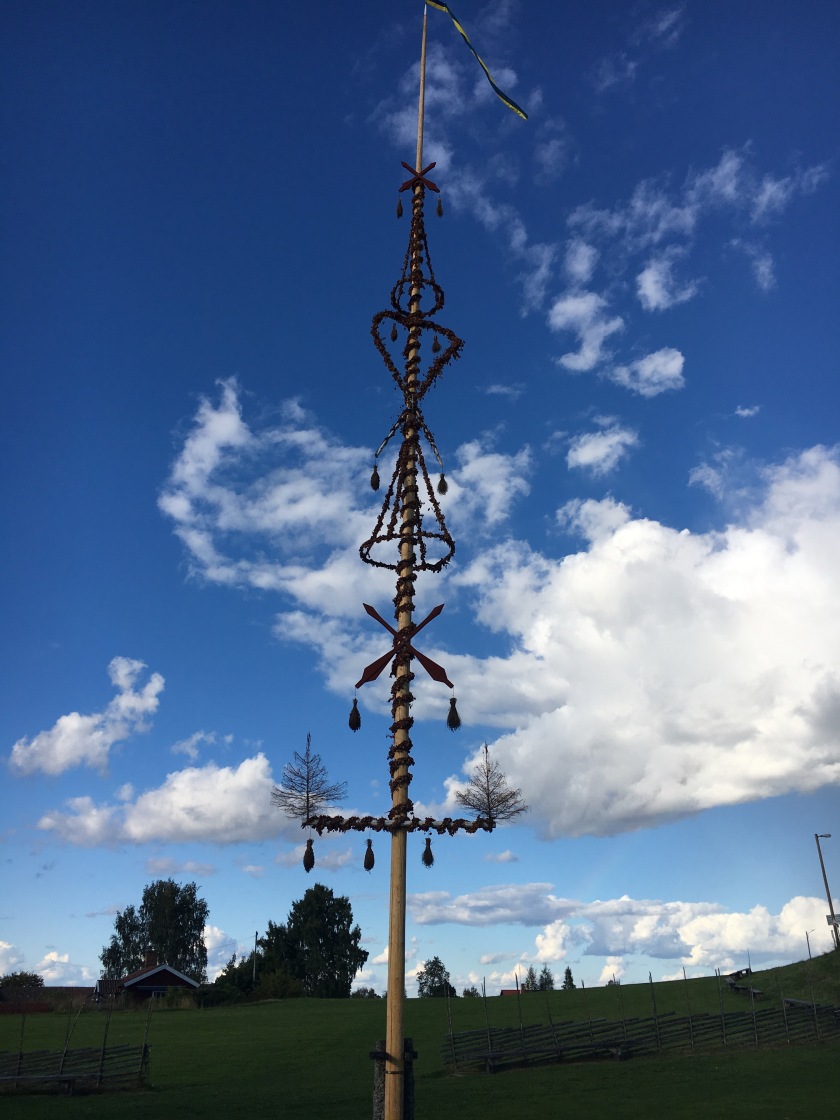 And every village has its maypole – each one is decorated differently.

On our hike in the hills near Leksand we saw lots of wild mushrooms – tried to identify chantarelles using google images but only saw the pretend ones. We met a local who was collecting other types of mushrooms on the way down but he hadn’t seen any chantarelles. But there were blueberries and lingonberries everywhere. It is so strange to have lots of edible berries everywhere you go when you come from NZ. He told us a bit about the history of the area, how Sweden was one of the first countries that required land to be passed down to daughters as well as sons equally a few centuries ago and how rural land ownership became very fragmented.

There were some gorgeous old farm buildings on the way. 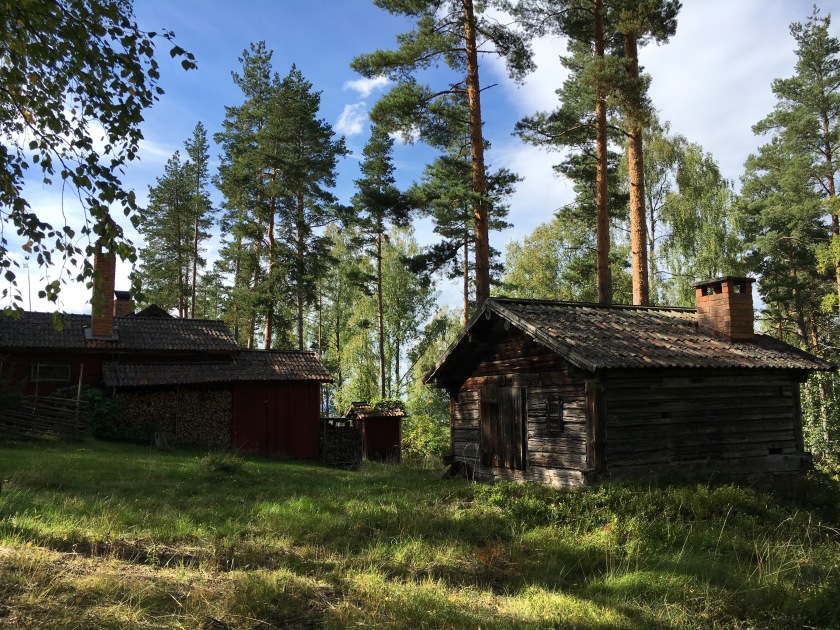 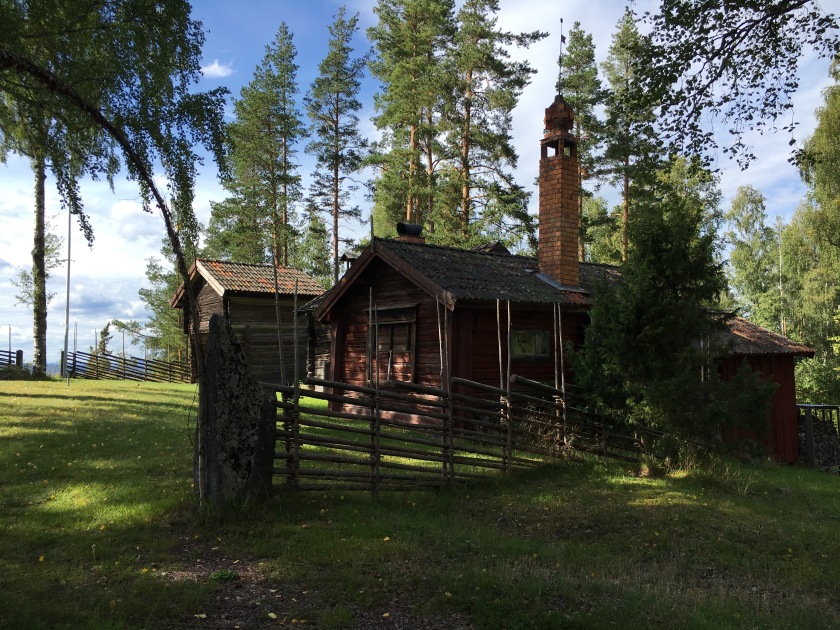 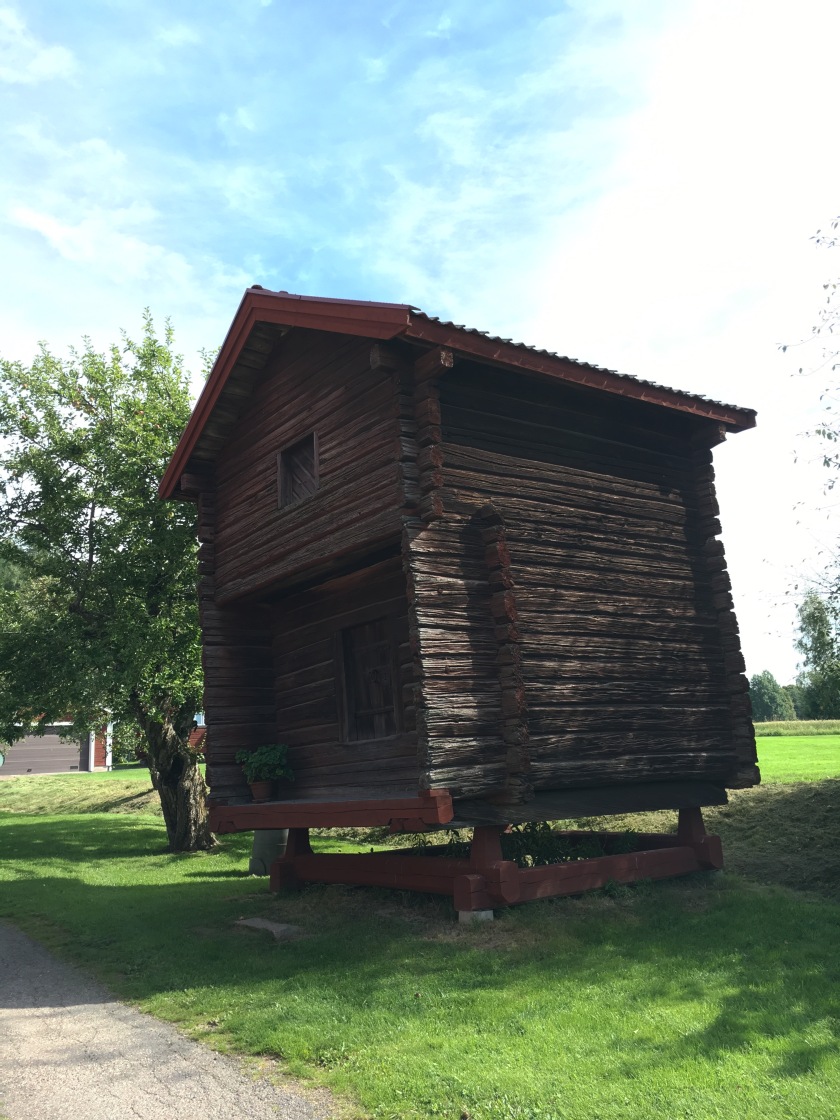 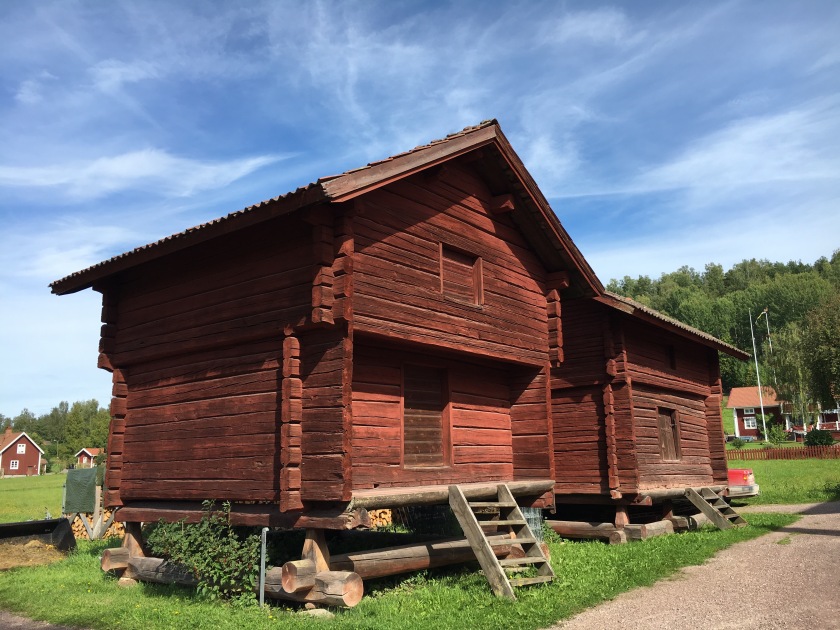