The first day we did the Sognefjellet Circuit which involves a drive alongside Lustrafjord then winds its way up to the mountain heights and across the highest pass in Northern Europe. Once again the scenery was stunning. Very cold at the top. 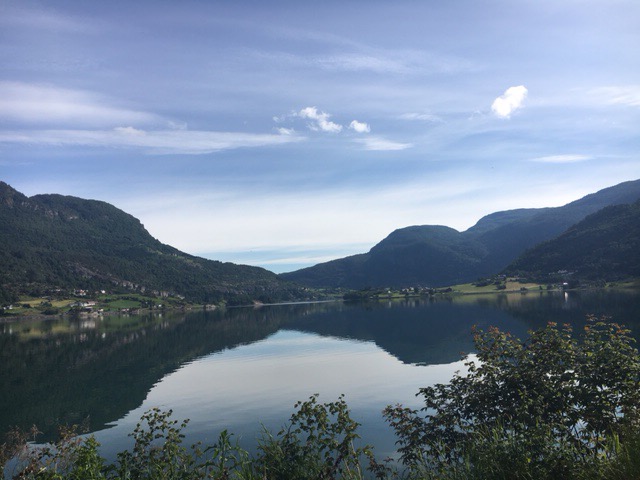 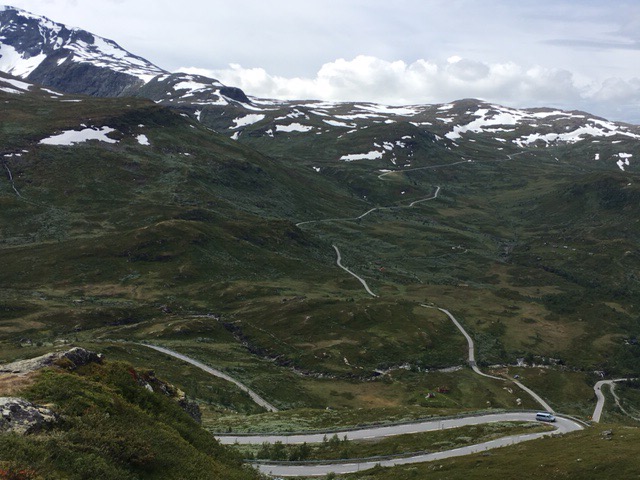 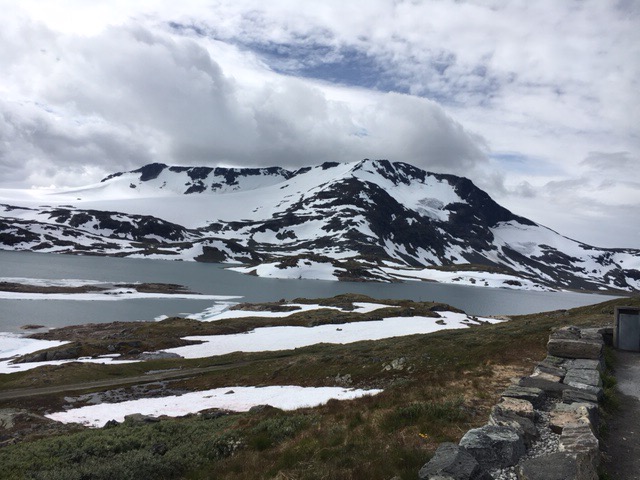 We even passed a cross country ski area that was open (in mid July!) – and saw a large school group who were doing training clad in Lycra shorts (boys and girls).

The next day we decided it was time to get out of our comfort zone and booked on a glacier hike. A Kiwi runs the company which is well known in the area and had very good reviews. After a short kayak across the lake and hike up to the start of the glacier it was time to learn how to put climbing harnesses and crampons on and get roped together. I thought we would stay around the bottom end of the glacier but no, we did a significant hike up through the steep ice falls at the start, across and through crevasses and up to a point where we had a good view up to the top of the glacier for lunch on the ice. The guides from the various companies have to hack out steps in the steep parts, changing the route as the ice conditions change. Some of the crevasses were very deep. It took a while to trust the crampons but they give an amazing grip on the ice. It was a fantastic day- something I have never done before. The ice formations were incredible to look at but it was difficult to take photos which did them justice. 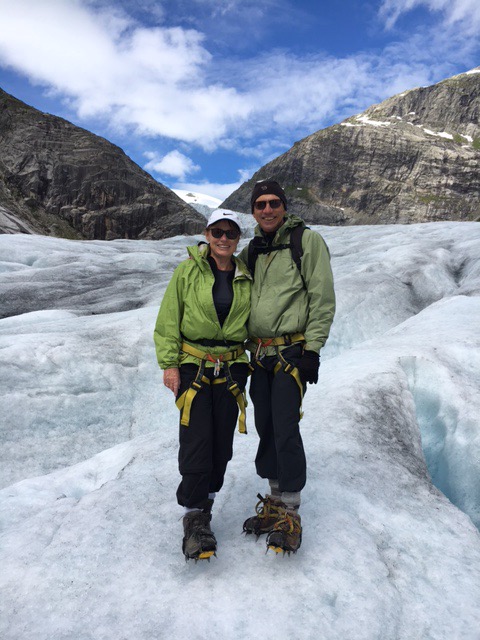 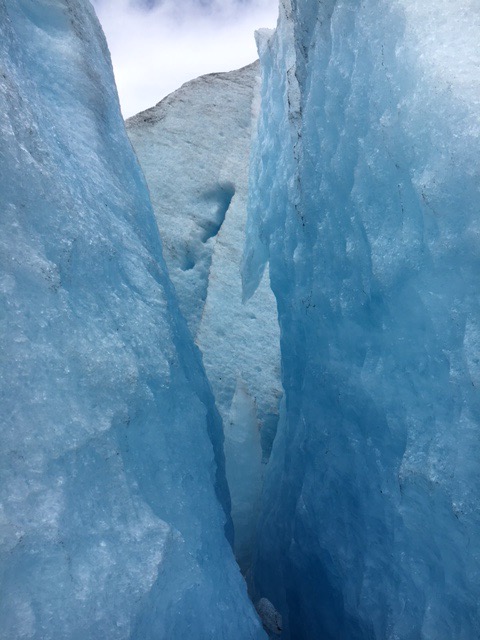 Richard just had to take a souvenir away with him- some glacier ice for his scotch!

One thought on “Still in Sognefjord area – near Jostedalsbreen National Park”