Thought I should start off properly with the French name. So much to do here. We had 4 nights at Le Chateau de Martragny, our first experience of a French campsite and a very good experience it was. We spent the first day exploring the nearby town of Bayeux with an 11th to 13th amazing cathedral Notre Dame. The Bayeux Tapestry is housed in a museum near the cathedral and was a “must see” given that it was done in the 11th Century to depict the conquest of England by William the Conqueror in 1066 so that those who could not read (most people) could understand the story. The level of detail down to the body language and expressions on faces has to be seen to be believed. It is so well preserved. 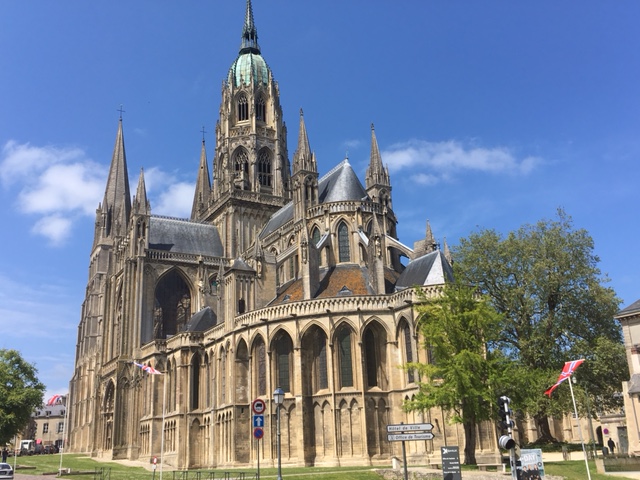 The town was remarkably quiet. A great time of year to be travelling. Back at the campground we found some fellow Kiwis from Invercargill- and the 3 degrees of separation rule held true. We found we had 3 different connections to them. In fact Marie played golf with our good friend John Powles’s sister from Invercargill!

We set aside day 2 to visit the key World War 2 sites. R got to set the itinerary for the day and we were lucky enough to be camped next to an English guy who was a WW2 buff and took tours in the area. After visiting the WW2 museum at Bayeux to give us an overall perspective, we started at La Pointe du Hoc where a small group of soldiers scaled cliffs to take out the big German guns. Huge casualties only to find the guns had been moved a short distance inland. But they succeeded in the end. Makes you realise the courage of those that fought. We moved on to Omaha/Utah Beach and Port Bessin, Arromanches, Pegasus Bridge and the Merville Battery. Neither of us had realised the sheer scale of the invasion and the area it covered – around 100 km of coast. Remains of the artificial harbours can be seen at Arromanches – how they towed those across the English Channel, I can’t begin to comprehend. Pegasus Bridge was a particular eye opener. 3 large gliders were landed with around 30 troops in each on a tiny (and I mean tiny!!) patch of not very level ground between a canal and a river with swamp and trees just to make things even harder. The skill to land those things about 30-40 m apart was quite something.

There are memorials all along the coast. 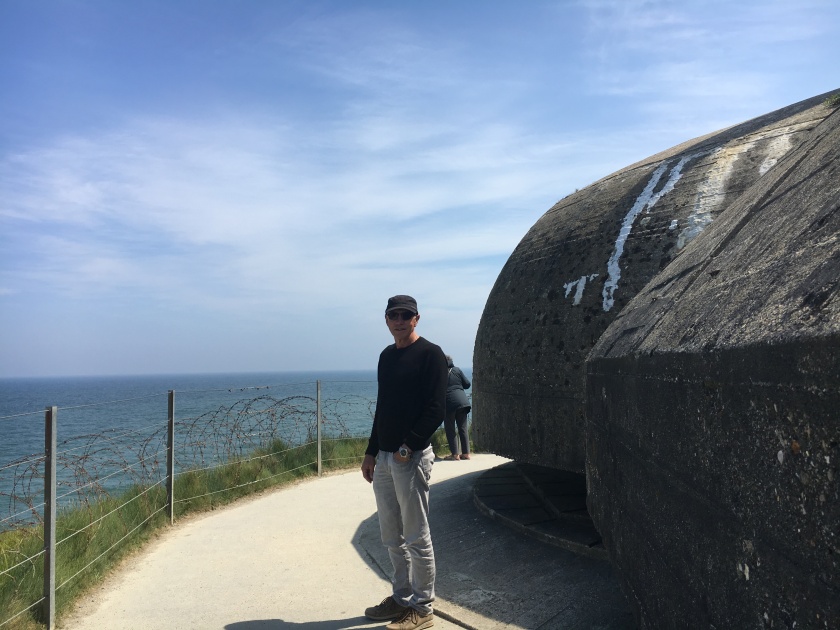 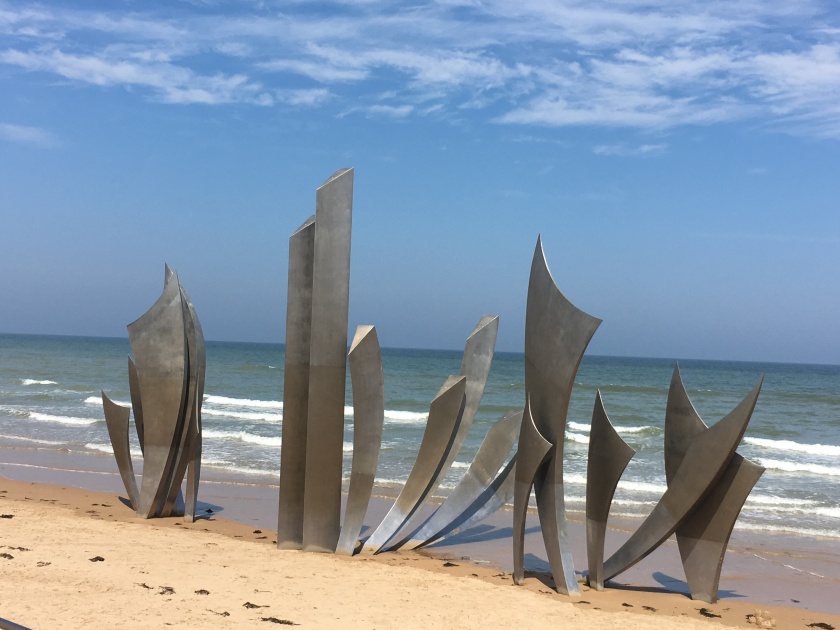 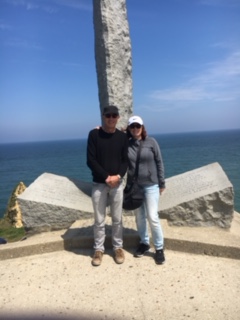